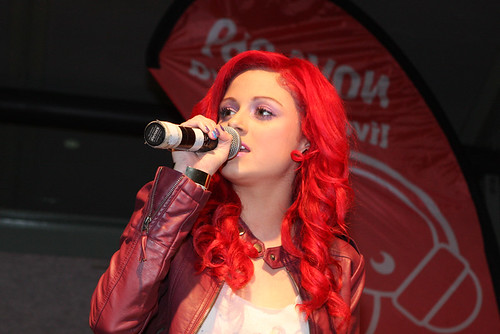 The former contestants on Channel Nine's 'The Voice' were there to promote their music of course.

Hundreds of passionate fans showed up to offer their support and a few lucky ones who bought CD's of their favourite performers from 'The Voice' got them autographed. Their music can also be enjoyed via iTunes.

Music remains a popular medium in the reality TV industry. The Voice (U.S) is currently screening on Australian TV, but has not enjoyed the same ratings success as the Australian version.

We wish all of the performing artists well as their careers continue to evolve in front of appreciative Australian audiences. 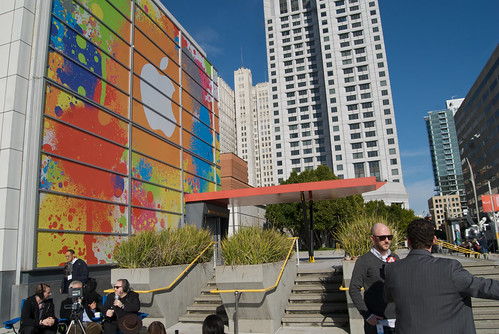 Some of these photos are at

I'm not even sure whose media unit this was... 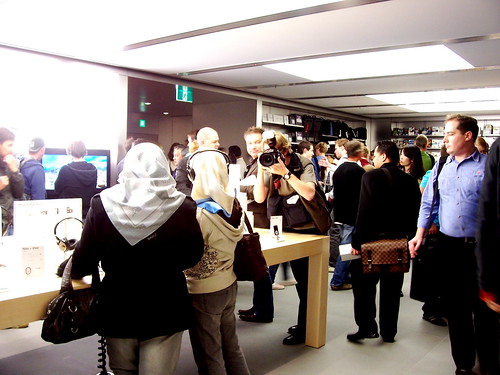 Image by Sailor Coruscant
There were a lot of people taking photos, not just the fans and the bloggers and the other hyperactive peoples, but all of the newspapers were there (the tv news was just wrapping up as I got in) and of course Apple's own publicity peoples. James reckons they'll have a highlights video up before we know it.

I want one of these tables.